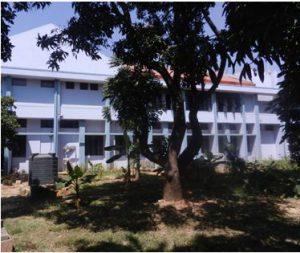 The great leadership of Mother Alberta Stango and the General council paved the way for the small beginning of St. John’s Convent on August 29th 1979 in a rented house at Koramangala, Bangalore as the Novitiate House. Sr. Gloria Bianchini the directress of novices and Sr. Vincent Paul the administrator added much life and enthusiasm and the Indian Province is ever grateful to them. The ‘Trust in Divine Providence of God’ the highest strength of Father Founder assisted to buy four acres of land at Indira Nagar and the convent was constructed & blessed on December 29th 1982.

Sisters widened the mission by starting Fusco’s Nursery School in 1988. Five years later, in 1993, the novitiate house was shifted from the community to the first floor. In 1996 to promote and protect the young women of this metropolitan city of Bangalore, a hostel for the young women was started.

On June 5th 2000 Fusco’s Nursery School was upgraded to Fusco’s Lower Primary. Nazareth Bhavan Novitiate was inaugurated on August 10th 2004 at Carmelaram, Bangalore and the Novitiate Formation got shifted there. In 2006 Fusco’s Lower Primary school was raised to a High School with the syllabus of Indian Council for Secondary Education (ICSE).

Today, St. John’s Convent at Bangalore is extending its various types of apostolates such as Education, Women’s Hostel and Parish Ministry very effectively. Thanks be to God!

Copyright © 2017 Congregation of the Sisters of St. John the Baptist, Indian Province. All Rights Reserved.
Powered By BoscoSoft